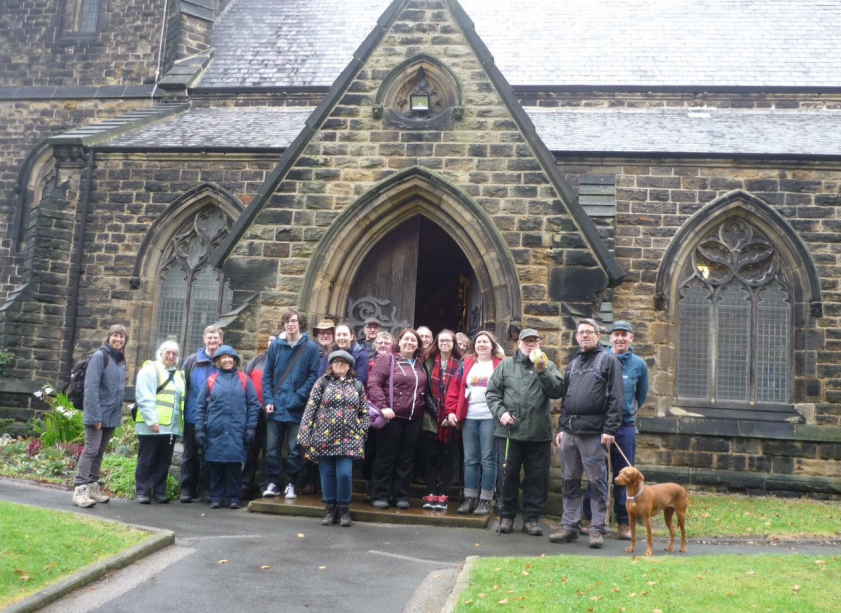 Helen would like to thank everyone who sponsored her for the Royal School of Church Music Walk and Sing. Together with twenty others, she walked six and a half miles following part of the Six Churches Walk around the Wentworth Estate. The group sang at five churches – Wath, West Melton URC, Brampton Bierlow, Wentworth Old Church, Wentworth New Church, and two follies – Hoober Stand and Needle’s Eye, as well as discovering something about the architecture of the churches and the history of the Fitzwilliam family.

So far, Helen has raised £350-00 towards upgrading the keyboard at St Helen’s and providing a permanent keyboard at St Lawrence’s. These will help to enhance our worship in the future. Thank you very much for your support and generosity

Come along to our new FoodCycle Cafe!

All children under 5 and their parents/carers welcome

Come along and meet new friends, have a cup of tea, and have fun with your children!

Team Service
This will continue whenever there is a 5th Sunday

A little goes a long way! There is a saying ‘one step at a time’ and it’s amazing where you can get to one step at a time! A little really can go a long way. Over the past year, I have walked 874 miles around this area and in other parts of the UK and South Africa, the equivalent of walking from Land’s End to John O’ Groats. This is the distance which appears on the signpost at Land’s End. I have walked on average two to three miles each day, sometimes more, sometimes less. Thank you to everyone who came and joined me for my last five miles followed by wine and cheese at the vicarage. 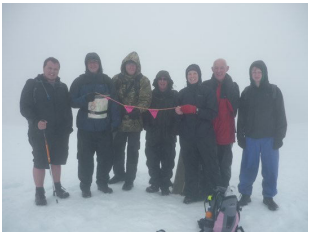 Thank you too for sponsoring David on the Three Peaks Challenge. Seven intrepid explorers set out, supported by three drivers. This turned out to be a bigger challenge than expected with terrible weather for the beginning of June. With deep snow on Ben Nevis, icy temperatures, teeming rain and a climb up Scafell Pike in the dark, this was a demanding challenge. Snowdon, abandoned due to high winds, still beckons. There is now talk of tackling the more manageable Yorkshire three peaks challenge or, even better, the Norfolk three peaks (highest peak 103 metres)!

Both of these supreme efforts formed part of the Team Anna 30 30 Challenge, raising money for much needed Brain Tumour Research. The challenges were organised by our younger daughter Rachel in memory of our older daughter Anna. Combining the total from both our challenges, we have raised a total of £2,170. Together with the other Team Anna 30 30 events, Rachel has raised a truly amazing £9,160 and the total is still rising. This will sponsor three days research at one of Brain Tumour Research’s centres of excellence.

Thank you so much for all your support. We really appreciate it. Brain Tumours are still the biggest cancer killer of the under 40s and we want to do as much as we can to help research into better treatments to improve this terrible statistic.

One of the 12 beautiful tapestries
on display in Bridlington Priory

June 6th; a bright sunny day although there was a biting wind, was the day of the annual pilgrimage for the Rotherham Deanery. This year we went to Bridlington Priory.

The coach set off in bright sunshine taking the scenic route through wonderful countryside. We saw Howden Minster on the other side of the Ouse, Holme – on – Spalding Moor Church, and a panoramic view of Shipmanthorpe. No wonder so many Yorkshire folk tell me “Yorkshire is Gods own county”.

Arriving at the Priory is an awesome experience. The Priory was founded in 1113 by Augustine monks. It was a wealthy centre for pilgrimage in the Middle Ages but became a semi-ruin after Henry VIII’s devolution of the monasteries. It then became a parish church in Victorian times.

The communion service was led by Revd. Matthew Pollard and the talk was given by Revd. Glyn Owen. The talk began with the definition of “Pilgrimage”. It can be a journey of spiritual significance or a journey to a religious place. He concentrated on our spiritual journey and that we need to recognise and see God in, and through everything.

Jesus is the image of the invisible God, and only through Jesus is the truth of God revealed. In Bridlington after the service each and every one of us, I think, felt we had lunch in the best fish and chip café; although many of us chose a different café or restaurant!

My day finally ended with a sail on the Pirate Ship. A wonderful ending to a very enjoyable and awe inspiring pilgrimage to Bridlington Priory.

What is the Crossroads Mission?
The Archbishop of York is bringing a team of 21 bishops to engage in four days of mission across Sheffield Diocese 10-13 September 2015. Some of them are bringing small teams with them and one or two bishops have been allocated to each deanery and also to the city centre of Sheffield.

What is the aim?
The aim is to sow the good seed of the gospel in many different places, in partnership with the bishops who will come and join us and their teams. Our hope is that through Crossroads many people will join enquirers’ courses in the autumn and come to a living faith.

A prayer for the mission
Loving God, This world you love stands at the crossroads. Help us help others to discover your Way to know your Truth and to share your Life in your dear Son, Jesus Christ. Inspire us by your Spirit to sow the good seed of the gospel throughout this Diocese with imagination and compassion, that many will come to know you and many will be strengthened in their faith, Through Jesus Christ our Lord. Amen. 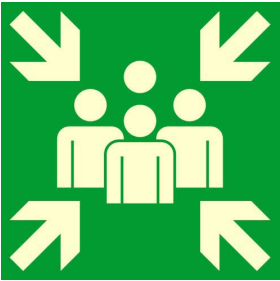 (Opposite The Three Magpies)

Whether you would like to book a wedding or a baptism, or whether you would just like to talk in confidence to one of the clergy about something that is concerning you, Meeting Point is for you. Please drop in.

From now until further notice Meeting Point will no longer operate as a drop in but enquiries can be dealt with over the phone between 6.30 and 7.30pm on 01709-361630.

Work has now been completed on the new enlarged and refurbished Vestry at St Lawrence’s Tinsley.

From 3rd June 2015 the weekly coffee mornings will now be held here. So please join us for a cup of tea or coffee, toasted tea cakes, crumpets and a variety of cakes. Meet with friends, join in a variety of activities, or sit and read the newspapers

On Sunday December 7th Bishop Steven attended our celebration service of thanksgiving and dedication for the recent refurbishment work carried out St. Mary’s. We also had an opportunity to review and recommit to God the mission and ministry of The Rivers Team. 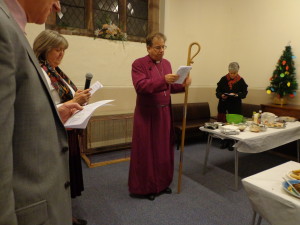 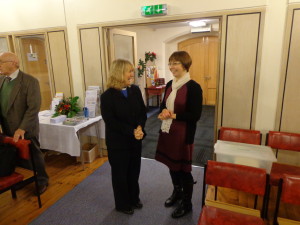 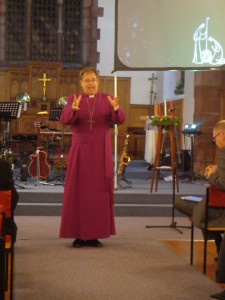 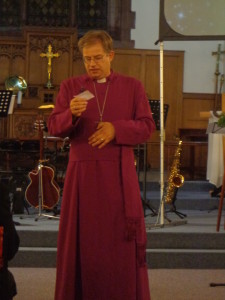