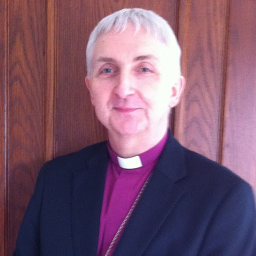 A few years ago I visited Sri Lanka at the height of its Civil War and stayed with people in the war zone. I met numerous people who told horrific stories about fighting for one side or another, and others who’d lost loved ones in battle.  They told of the sacrifices and losses made on both sides. It was an alarming and frightening experience which in its own small way brought home the horrors of war.

This summer and autumn I will attend a number of services commemorating those who have been lost through war. The Battle of the Somme which took place one hundred years ago, between 1 July and 18 November 1916 was one of the largest battles of World War 1 on the Western Front. Then a service marking the Battle of Britain, a major air campaign fought over southern England in the summer and autumn of 1940. Once again we’ll be reminded of the revulsion of war and its terrible impact on all those involved. As someone born nearly 40 years after the end of the first World War, I find it difficult to comprehend its overwhelming scale, ten million people killed, 20 million injured, landscapes and towns destroyed; a breeding ground for all forms of brutality and corruption.  Most of those who died did so along a battle line that only moved a few miles in four years.

The First World War and every war since has impacted on the individual lives of those drawn into the conflict.  For every person drawn into battle numerous others are affected.  There’s nothing glamorous about war, it’s brutal, ugly and evil but I recognise that there are times when evil can only be resisted by force. Hence the reason for so many armed conflicts today, many of which draw in local brave men and women in our forces.

Remembrance is crucial as it signals to future generations the need to build relationships and society on hope, mutuality, trust and love.  These are key Christian principles on which foundations of peace are built and which have under girded our society for generations None more so than the critical elements of love and compassion that call us to a life of service of others.

Most of us find the horrors and complexity of war too staggering to take in so we cut ourselves off and imagine we’re immune, but we aren’t.  Every life lost in armed conflict diminishes our capacity to resist evil and love our neighbours as ourselves both internationally and in our daily lives. I pray that one day we’ll learn from the past and become “blessed peacemakers”, a high calling, with the capacity to change our world for the better.